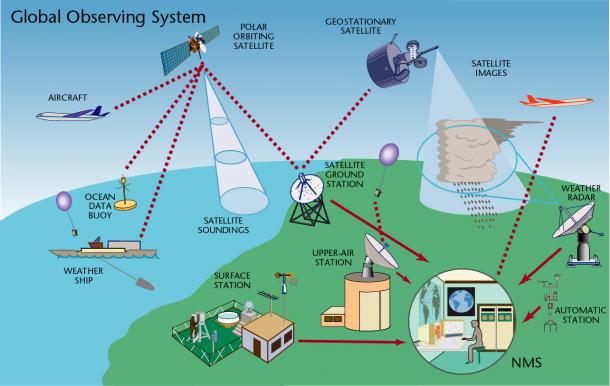 Climate observations are sourced from numerous meteorological and related observational networks and systems throughout the world.

To describe the whole climate system, we need to collect observations of the atmosphere, ocean and land-based systems.

There are over 11,000 weather stations around the world measuring land, air and sea temperatures, as well as satellites, ships and aircraft that also take measurements. The stations all follow strict standards and 1040 of these stations have been selected to provide high quality climate data to quantify and detect global aspects of climate change.

Methods and facilities for making meteorological and other environmental observations on a global scale. Source: WMO